Susan sang with the choir during its Baroque Masterworks concert in March 2007. 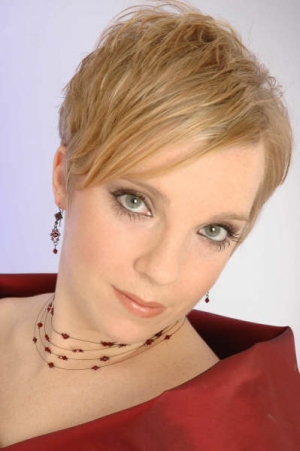 Performing throughout the United Kingdom, Europe and North America, soprano Susan Gilmour-Bailey enjoys a varied career of concert, oratorio, and opera performances. Her recent projects have included the role of Euridice in Monteverdi Orfeo at the Théâtre de Caen with Le Concert d’Astrée under Emmanuelle Haim and the soprano solos in the City of London Sinfonia/Royal Shakespeare Company production of A Midsummer Night’s Dream. Originally from Canada, Ms. Gilmour-Bailey currently resides in London where in 2002 she completed her Masters in Vocal Performance at the Royal Academy of Music. Future projects include a staged production of Bach St John Passion at le Châtelet in Paris under Emmanuelle Haim and principal roles in the Fairy Queen and King Arthur for the Armonico Consort.